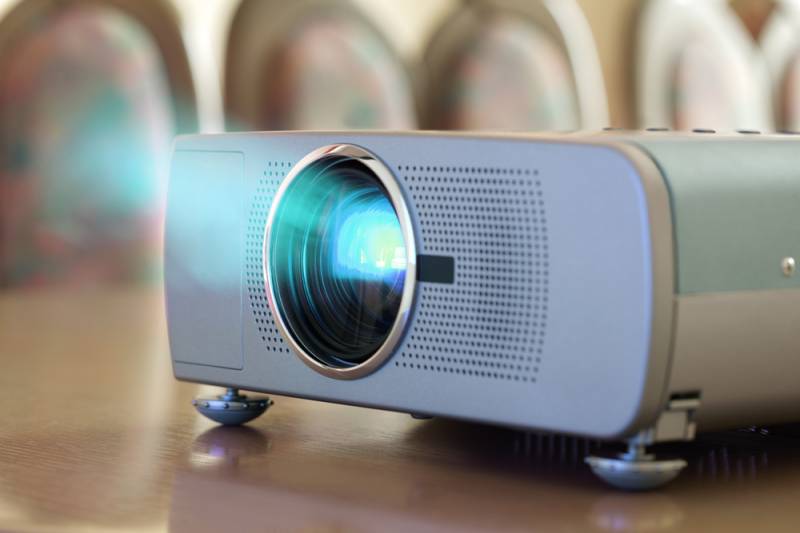 Do you love watching movies at home? Using a high-end home entertainment technology can give a real-time cinema experience. The technology is getting more sophisticated that enables people to bring a cinema experience right at their living rooms. The same thing happened for watching and playing video games. Today, gamers were not contented using a regular monitor. Rather, they prefer to use powerful multimedia projectors.

Multimedia projector is a broad term that includes computer projectors, 3LCD, DLP, and 1080p home theater projectors. This shows that the projector world have evolved by the passing of time and the advancement of technology. This entertainment system ranges from the smallest which is the Pico projector to the biggest that is commonly used in large venues.

To help you narrow your search about the best multimedia projector, here’s an updated review of different brands and models of projector.

If you’re looking for a portable projector and affordable one, the Vivibright GP100 can be the best option. It’s simple design and light weight makes it not only portable but also versatile. In spite of its compact size, this product works best as home theater projector. You can easily move or reposition it to optimize the performance of the projectors.

Unlike other brands and models of projector, the GP100 is easy to operate as it was not loaded with buttons and switches. It is a perfect piece of equipment that you can bring along during a movie night at your friend’s house. Professionals can also use it to produce more immersive and better way of sharing a presentation at work.

Out in the box, you’ll notice that the Vivibright GP100 does not include lots of accessories that make it really simple to use. The accessories include the projector itself, a 3-in-1 A cable, VGA cable, power cable, and the manual. All you have to do is to connect and plug the cables and start using the projector. Likewise, the remote control is so intuitive that it makes using this product a breeze.

The ViviBright GP100 boasts features that would recreate an ambience of cinema at your own home.  The enhanced brightness is made possible by the 3500 lumens LED light. In spite of its brightness, the manufacturer of ViviBright claims that it won’t hurt or damage your eyes even viewing for extended time.

It also features built-in keystone correction in which the focus can be adjusted as well as the shape of the image according to the preferred shape, size, and image clarity of the viewer. Different types of media can be connected to the GP100 multimedia projector including televisions, smartphones, laptops, and tablets.

Likewise, it also supports different photo file formats like JPEG, JPG, PNG, and BMP and play video such as .MOV,  .TS, .AVI, and .MPG files.  There’s also a built-in collapsible stand located under the lens. The function of the stand is to find the perfect position or the right spot to project.

The specifications of ViviBright GP100 are indeed competitive with other brands. The maximum resolution is 1080p at 60hz. The distance of optimal projection is between 1.2 and 5.5 meters. The lumen LED lamp is replaceable, but it takes about 30,000 hours to consume. The image size can be customized depending on the type of video you are viewing.

Using the GP100 watching video can give you an impressive quality. Although there are instances when the color profiles appeared flat, but overall it projects powerfully even if the room is well lit. Some distorted and blurring corners can be removed by using a HDMI cable. Thus, issues about resolution can be resolved by using the appropriate cable.

Customers who have bought and currently using this portable projector were giving both positive and negative reviews.

Some customers were happy about the performance of the GP100. One customer said that the quality of this product is competitive with other high-branded projector. Another customer said that watching movie using the projector gave them a very great cinema-like experience.

On the contrary, there are customers who were complaining about the loud noise generated by the built-in fan. Another negative feedback is that apparently there’s no Dolby patent that’s why the GP100 is unable to play HDMI audio.