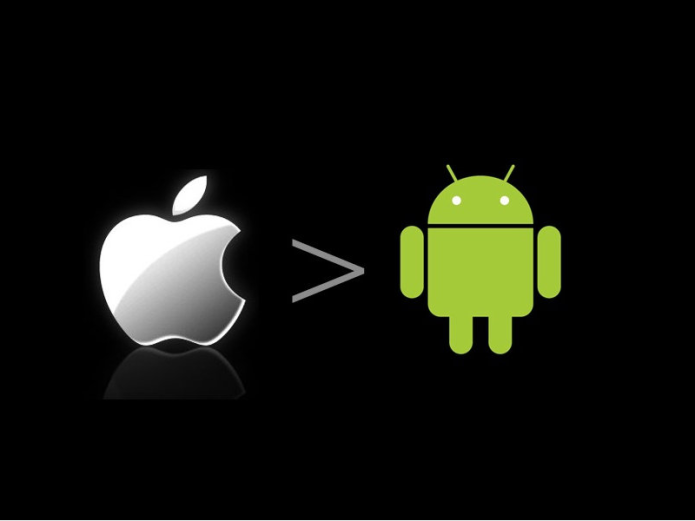 Now a days we see mobile phones in the hands of almost every person. Whether mobile phones are cheap or expensive, everyone seems to have this gadget in his/her hand. Gone those days when mobile phones were used to make calls. Now we can do many wonders with this small elegant device such as texting, playing games, booking uber, doing video chats and other cool stuff. That’s why it is called Smartphone. And if this small wonder gadget gets damaged, we see people doing mobile phone repair from their nearest repairing shops. It shows that how much people love their smartphones. Android and iOS are truly dominating the mobile phone industry. Most of the mobile phone users are using any of these OS in their smartphones.

Both these operating systems offer unique and exciting features to their users. Most of the users like Android phone because of the variety of hardware and myriad software options. Android phones like Samsung Galaxy and Goole Pixel have sexiest designs and compelling cameras and iPhone, on the other hand, has fast speed and fully secured. But when my friends ask me what phone they should buy, I always vote for iPhone.

I remember the time when Microsoft’s Ex CEO, Steve Ballmer giggled at the launch of iPhone saying that this phone is very expensive and Microsoft phones are much better. Now here comes the real laughter, do you know anyone using Microsoft phones today? And if it’s not an iPhone, it is likely to be the Android but surely not Microsoft.

There are plenty of reasons why iPhone is better than Android. And if you are having difficulty deciding between Android and iPhone, here are some reasons showing why iPhone trumps Android.

Having the A11 Bionic chip inside iPhone 8, iPhone 8 Plus and iPhone X, the iPhone blows away anything from the Android Camp in terms of speed. iPhone’s processor speed is a win in the benchmarks set by Geekbench 4 and 3DMark. And while doing editing 4K videos and opening large files, iOS A11 Bionic speed beat the speed of Android phone like Samsung Galaxy Note 8 and Google Pixel.

As both Android and iOS have millions of apps in their stores but the arms race is not over. Why? Because iPhone is always favoured by app developers as the launch pad of their newly developed apps. Most of the famous apps and games are on both platforms but many of these still come to iPhone first.

For example, one of the world’s favorite social media site, Instagram, took two years to debut on Android after it launched for the iPhone. So the message is clear, iPhone is still the king.

The battle between FBI and Apple showed that Apple believes in Privacy and Security of its users. Apple is continuously increasing the depth of its encryption which Android lacks. This clearly shows that for Apple, security matters. You feel safe while using iPhone while Android users compromise their data and information for better ad experience.

iPhone is Easy to Use

iPhone is intuitive, simple and easy to use without having issues as compared to Android phones. Samsung and few others have come a long way to make Android usage easier but there still some issues. Android phones sometimes behave like slow PC.

Do you want to sell your iPhone because of iPhone screen repair issue? Then you don’t need to worry because iPhone gives you best selling cash as compared to most Android phones. iPhone has the more demanding market as compared to Android phones. If you want to sell your older iPhone, it is easy to find best iPhone selling offers rather than selling your Android phone at cheap rates. So just browse the internet because there are many companies who offer mobile phone recycling services, online.

Android fans, this is going to hurt a little. When it comes to software updates, iPhone wins the race by a clear margin. Whenever there is new software available in iOS, everyone can get it with a simple download on their existing iPhones while the Android users have to buy new smartphones to take advantage of newly released versions of Android OS.  So if you have enough money that you can afford new mobile phone every few months then you can keep stick to Android.

Life is easy when you take a new phone, turn it ON. You have few apps by default and the rest is up to you. The same situation is with iPhone. While in Android, you find many useless apps including your mobile phone carrier’s app as well, which is considered as bloatware. You won’t find a single carrier software preloaded app in your iPhone. That’s why it is best.

Google didn’t think to create a hardware-software ecosystem but iPhone takes this point seriously. If you have MacBook in your home then you can do a lot of things with it by just effortlessly connecting iPhone to it. With Android, you have to install a lot of third-party apps and all sorts of other annoying elements.

In the era of Artificial Intelligence, both Android and iPhone offers this unique service. Apple has ‘Siri’ and Android has ‘Google Assistant’. Siri has edge over Google Assistant as it understands the natural language better. Siri was introduced in iPhone 4s in October 2011.

If you have a damaged phone or it needs a screen repair then you straightaway pay a visit to Apple Store and resolve your mobile phone issue in few hours. But when you have a problem with your Android, you can find the solution at online forums or by calling your carrier. Customer support at Apple Store is a step above what Android manufacturers offer online or at their repairing shops. So, if you have damaged iPhone or something goes wrong with your iPhone, or you just simply want to learn how to use your iPhone, Apple has you covered better than any Android phone maker in the market.